Warning: call_user_func_array() expects parameter 1 to be a valid callback, class 'collapsArch' does not have a method 'enqueue_scripts' in /home/customer/www/blog.earlymoments.com/public_html/wp-includes/class-wp-hook.php on line 308
 Making Allowances 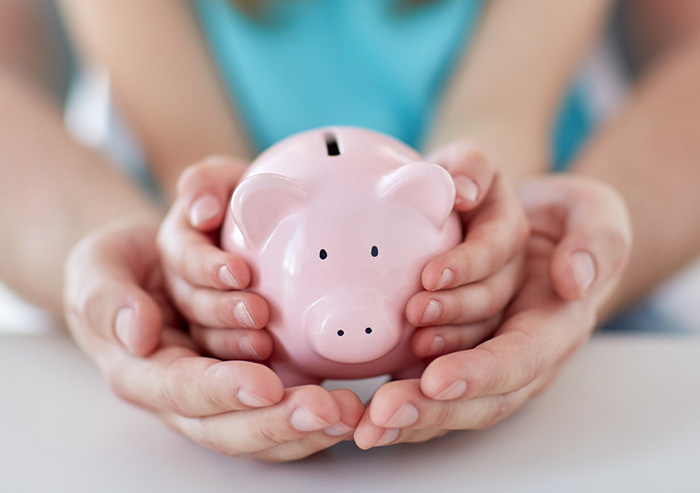 I started to give my daughter an allowance at the age of 4. I’d read somewhere that a good rule of thumb was $1 for each year. So she began with $4 and got a raise on every birthday.

The older she got, the more she looked forward to that “raise” and the better she got at saving for things she really wanted. She kept her allowance money in a blue metal box with a combination lock. It was engraved with her name.

I’ll never forget the time we were walking down a crowded main street when she shouted, “I have $100!”

Oh, great, I thought, as I shushed her. Was I setting her up to be the mark of any pickpocket within earshot? (I, on the other hand, used my debit card religiously and had maybe 5 bucks in cash at the time.)

I never asked my daughter to do chores or get good grades in exchange for her allowance. Maybe I should have! That felt too much like bribery, and it would require enforcement if she fell short, but I have friends who swear by the accountability method. 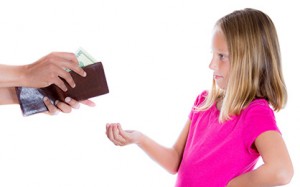 I did use money to make my life easier. At age 11, when she started the back-to-school clamor for a certain kind of backpack and a specific kind of sneakers, I got smarter.

I gave her a budget above-and-beyond her weekly allowance and told her she had to get everything she needed with it. If she ran out of money, she’d just have to make do with what she had.

It worked. She loved it. She comparison-shopped, made choices, and felt empowered.

I’d like to tell you my daughter (now a teenager) became a pinnacle of financial discipline. But I’d be lying. She is a generous person, but she never took to the notion of splitting her funds into one third for saving, one-third for charity, and one-third for spending.

She is very aware of money, but that doesn’t prevent her from spending it.

She’ll hold on to a pair of Vans so tattered her toes stick out of the holes, but splurges with her friends on takeout macaroni and cheese from Planet Mac.

That’s the whole point. It’s her money and she gets to experience the consequences of her spending priorities. She’s also learned there is no such thing as the Bank of Mom.