Warning: call_user_func_array() expects parameter 1 to be a valid callback, class 'collapsArch' does not have a method 'enqueue_scripts' in /home/customer/www/blog.earlymoments.com/public_html/wp-includes/class-wp-hook.php on line 308
 Halloween: 5 Great Disney Villains We LOVE to Hate! 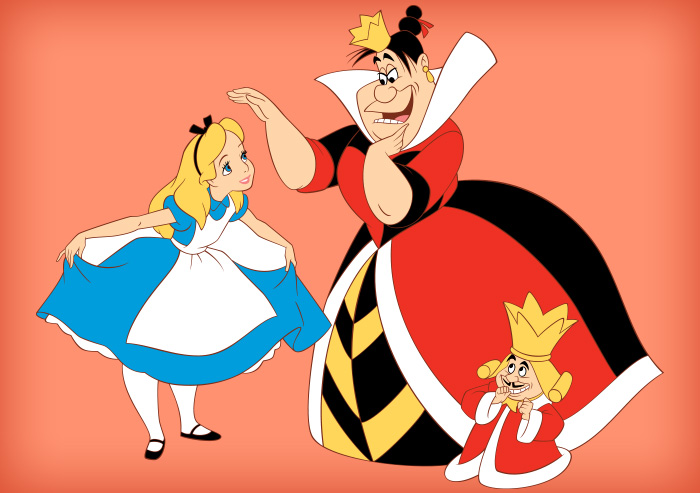 Halloween is certainly a time for treats, but let us not forget the TRICKS! While it’s unlikely that any of Disney’s evil villains will be handing out candy to their neighborhood kiddos this year, the scoundrels are sure to have some tricks up their sleeves.

These 5 Disney villains are some of the most memorable, powerful, and downright wicked characters that everyone LOVES to HATE! Learn more about them just in time for Halloween. Which is your child’s favorite? Don’t forget, all of these characters make for impressive costumes this year! 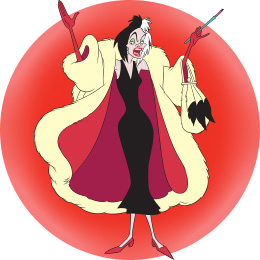 Cruella de Vil, the evil antagonist from the Disney film 101 Dalmatians is likely the only person on Earth who doesn’t simply adore the sweetness of little puppies. Her obsession with luxury and fashion—more specifically, fur coats, finds her longing to create a new coat made of the precious puppies’ fur! Her sinister smile, skeletal frame, and awful cigarette smoking only add more fuel to Cruella’s demon-like personality. Even her name is based on the words cruel and evil. Like it’s said in the movie, “Cruella de Vil, Cruella de Vil! If she doesn’t scare you, no evil thing will!” 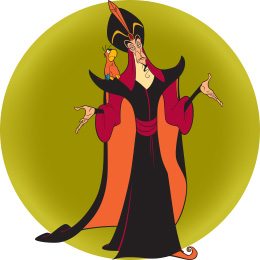 Jafar is an evil and powerful sorcerer and the Sultan’s Royal Vizier. He transformed his appearance to hide his true villainous personality—into a cobra to attempt to kill Aladdin. Javar was set on overtaking the kingdom and would harm anyone in his path in order to do so. His plots to be with Jasmine and possess the Genie’s lamp turned on him in a twist of fate, showing that evil never wins. But throughout the film, Jafar’s cruel, deceptive, and sneaky ways made him one of our top 5 great Disney Villains.

Note: A fun Halloween costume idea for a duo is Jafar and Aladdin! 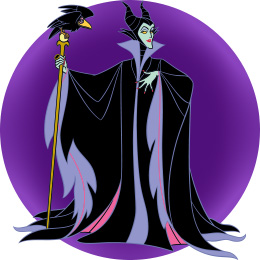 Maleficent, the evil fairy from Sleeping Beauty, was born without her sinister ways, but her heart turned to stone after she was betrayed and her land was threatened. She curses the king’s newborn daughter in the plan that the princess will prick her finger on a spinning wheel and fall into a death-like sleep on her 16th birthday. Maleficent is all about revenge, but eventually the fairy realizes that the one she cursed actually holds the key to peace to the kingdom. Although her feelings change towards the end of the film, her powerful presence—with devilish horns, blood-red lips, and spine-tingling sneer—all scream “villain”! She even calls herself the “Mistress of all evil.” We agree! 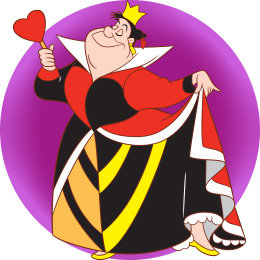 The Queen of Hearts, Alice in Wonderland

Unlike most queens we hold in high regard today, this hard-hearted queen does not deserve to be honored. The Queen of Hearts rules over Wonderland and enjoys playing croquet. She is also a tyrant who constantly—and crazily—orders beheadings of everyone who displeases her. Famous for her command, “Off with his head!” anyone would be fearful of her unruly power. The Queen of Hearts is rude and unpredictable, and Alice is tested by this mad tyrant while navigating the mysteries of Wonderland.

Note: Dress a group of friends as characters from Alice in Wonderland. Or, hold a ‘Halloween Wonderland’ theme party! 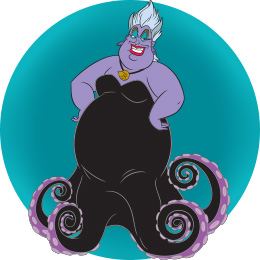 The mere sight of Ursula from The Little Mermaid is frightening with her half-human, half-tentacle-like body. She’s a larger-than-life sea witch with an foul temperament. Ursula tricks everyone, including Ariel, into believing she is there to help them. But instead, the sea witch betrays them, gruesomely, by collecting their souls in an effort to overthrow King Triton and rule the seas herself. Ursula surely made viewers weary of the seas!

Who is your child’s favorite love-to-hate Disney villain?