Warning: call_user_func_array() expects parameter 1 to be a valid callback, class 'collapsArch' does not have a method 'enqueue_scripts' in /home/customer/www/blog.earlymoments.com/public_html/wp-includes/class-wp-hook.php on line 308
 Screen Time vs. "Me" Time 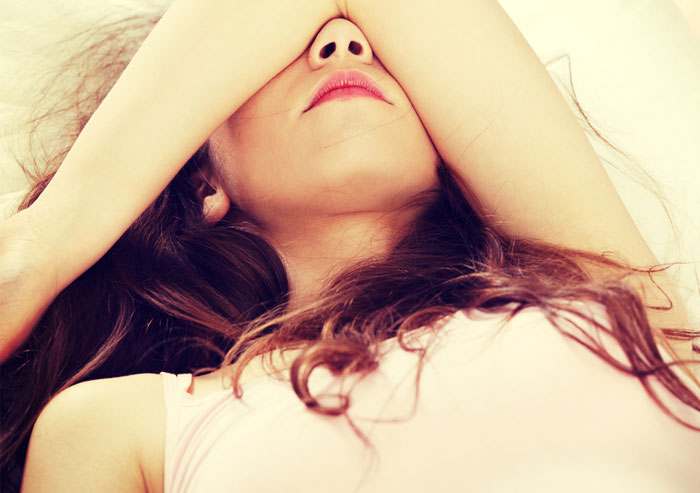 Here’s something I’ve realized about myself and parenting: Sometimes, I don’t wanna. Which, y’know, is an inconvenient feeling once you’re a parent, because you kinda lose the option. It’s at those times a little voice in my head says I should plop the kids in front of a screen and let them “veg” the day away. And for a second, I’ll think that little voice is RIGHT! Screens are GREAT!

There’s only a small glitch in this plan; I decided from day one that I would limit screen time because it’s not good for kids. We all know this; research supports it, and, really, it’s common sense to know it’s unhealthy to sit in front of screens all day. But the fact is, we’re surrounded by them—WE’RE constantly using them—so saying “No screen time ever” is unrealistic. 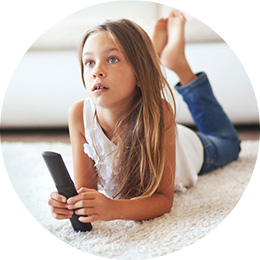 So how much screen time should kids have? I honestly don’t know—but here’s what I do know: kids will ultimately have access to screens. Eventually, they will find a way into their lives, perhaps even taking them over to an extent, as they can do to us. There’s not much we can do about that except be aware of how they’re using them, AND get creative with ways to keep kids occupied (and ourselves sane) without screens. There ARE ways.

I usually avoid using a screen as a babysitter because I’ve seen too many kids glued to one, playing with virtual people when they COULD be playing with real children. And that’s not cool. What IS cool is what they can learn from certain apps, shows, and tech-based programs. My rule is that MOST things in my house need to be learning-based. Does that mean they never watch a Disney movie? Please. I’m not an ice queen. I can let it go every once in awhile. (See what I did there?) Books, as you might guess, are a whole different story. (I did it, again!) But usually, unless it teaches kids something, it’s not going on. Will this make them geniuses? Probably not.  But I’ll tell ya, when they hum you a tune they know is Bach because they learned it on Little Einsteins, they make me proud. Just don’t ask them to put lyrics to it . . . unless you really like the word butt. 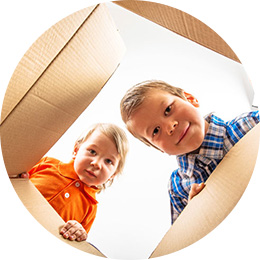 How to Get Your Cake and Eat it, Too

Anyway, if you’re like me, determined to limit screen time but also wanting to NOT parent sometimes, here are some ways I’ve devised to keep kids busy by thinking outside the box. In fact, if you have an actual large box on hand, they’re excellent for keeping your kids entertained for awhile by packing/unpacking each other 25 times before one of them steps on the other’s head causing a full-blown melt-down, thus making you parent again. But wait, there’s more! These are my go-to amuse-your-kid-without-a-screen “games”.* (*Disclaimer: Success rates for these methods resulting in measurable non-parenting time may vary based on kids’ ages and ability to follow instructions.)

Kids enjoy anything goopy and scented. Offer up to 5 lotions and let them massage mommy! Just don’t fall asleep; if it gets too quiet, you’ll awaken to find the spa has exploded, and lotions are smeared on furniture, in hair or, if your kid’s too young for this game, consumed. 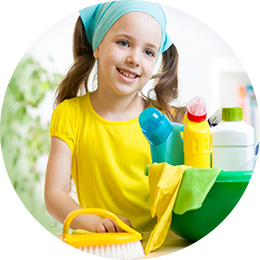 Have kids clean the baseboards or under furniture. What’s better than a Roomba? Kids with (non-toxic) wipes and a mission! Warning: This game requires a small amount of parenting, in the form of setting rules. For example, licking one another (or whatever you’ve asked them to clean) may result in immediate termination because… gross.

Similar to “Housekeeper” but more useful near mealtimes. They can dress up as cook or server, and any task they can help with during meal prep or clean-up, is a win for everyone. Well, more for you, but that’s the point, no?

This one’s tricky but if you have at least two kids and one of them’s a decent age, consider letting them play alone. This involves a lot of faith as you hope the older one(s) will: a) Keep the little one(s) from harm, b) Prevent the little ones from damaging anything, and c) Refrain from using this opportunity to torture the little ones. (Note: This one is temporarily suspended at my house after finding my 8-year-old trying to “nurse” my 3-year-old. Nursing is a beautiful thing, unless it’s totally NOT).

FYI, my kids know that most of these activities are NOT real games but they currently play along so they can spend time around me. OR, they’re just trying to wear me down so I’ll cave and put something “educational” on for them while they sing me a song about butts to the tune of Bach. Maybe they’re becoming geniuses thanks to screen time after all.