Warning: call_user_func_array() expects parameter 1 to be a valid callback, class 'collapsArch' does not have a method 'enqueue_scripts' in /home/customer/www/blog.earlymoments.com/public_html/wp-includes/class-wp-hook.php on line 308
 Sesame Street Celebrity Cameos 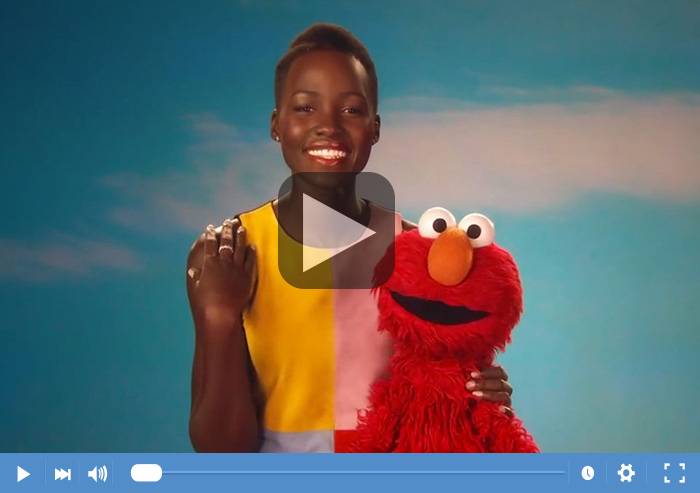 Sesame Street, the children’s program, known for its Muppets puppets such as Big Bird, Kermit, Oscar the Grouch, Cookie Monster, and Grover has featured some very special guests of the human variety. Numerous celebrities have appeared with their Sesame Street pals, to help children learn their ABCs and 123s.

These cameos turned out to be a smart strategy to appeal not only to kids but also to delight their parents, ensuring that Mom and Dad, who control television time, would approve. First Lady Michelle Obama planted a garden and Barbara Bush spoke about reading. There’s comedian Adam Sandler trying to demonstrate the word “crunchy.” The late actor James Gandolfini, who played tough guy mob-boss Tony Soprano on the HBO series, told Zoe the things he did when he was scared. Chef Emeril Lagasse makes kid-friendly eggnog with Elmo. Activist Jesse Jackson asks a group of kids to repeat: “I am somebody.”

Then, there are the appearances destined to become classic: a very young actor, James Earl Jones was only the second celeb in the 1970s to appear as a Sesame Street celebrity guest. His rendition of the alphabet is simply mesmerizing. Originally, it was taped with long pauses between the letters so the producers could insert other elements. But they quickly found that kids just loved the pauses so they could shout out the letters themselves.

The Many Faces of Robin Williams

Comedian Robin Williams was paired with Elmo to demonstrate what you can do with a stick. In a dazzling tour-de-force, Williams improvises scenes using the stick as inspiration. In a mere minute and a half, he’s a baseball player, a hockey player, a basketball player, an Olympic athlete in the javelin event. The stick is a horse for John Wayne, a cane for a Broadway dancer, a conductor’s baton and a rifle for an English officer and then a pool cue. He’s Gene Shalit and Pinocchio. But the best thing to can do with a stick, Williams says to Elmo, is to “give it to you.” 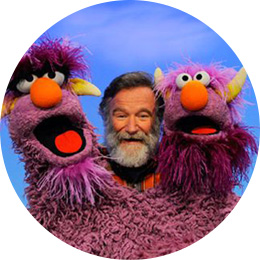 Going Beyond ABCs and 123s

Sesame Street is always teaching. Even today, the show reminds us of lessons for adults and children alike. In a world where racial differences can still divide us, Elmo and his human friend talk about skin. His friend is the lovely Mexican-Kenyan actress, Lupita Nyong’o, who won an Oscar for her role in 12 Years a Slave. They talk about how skin protects your body and how smooth it can be, or red and furry—at least in Elmo’s case. Lupita says “the thing I love most about skin is that it comes in lots of different shades.” And with an impish grin she says “I love the skin I am in.”

Young and old continue to delight and learn from Sesame Street celebrity guests.